After launching their own investigation into the identity of Red X, Gotham City expatriates and new Titans Academy students Bratgirl, Chupacabra, and Megabat come face to face with the mysterious figure in the flesh. With the tables turned, this Bat Pack of kids must reveal their own secret origins to their masked captor! 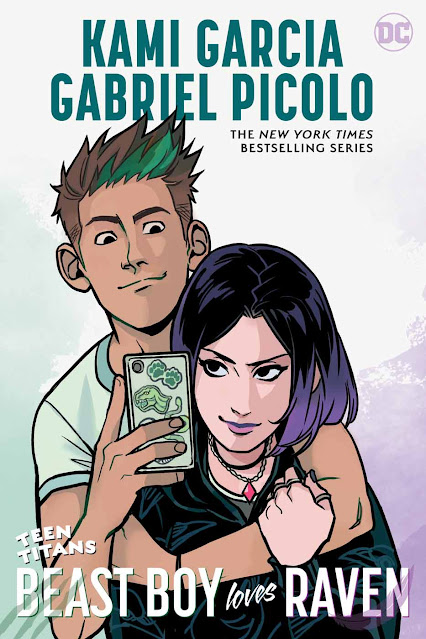 Kami Garcia and Gabriel Picolo continue their New York Times bestselling Teen Titans series, and give readers the romantic meet-up we’ve all been waiting for!

It seems like years, but it’s only been a few days since Raven Roth recovered her memories, trapped her demon father, Trigon, in her amulet, and had her heart broken for the first time. But she doesn’t have time to worry about the past…she has to focus on finding a way to get rid of Trigon for good.

Garfield Logan still can’t believe he has the power to transform into animals. But controlling his newfound abilities is difficult, and their unpredictable nature could have dangerous consequences. Knowing his parents kept this secret hidden from him only makes Gar feel more alone. He and Raven both seeking answers from the one person who seems to have them all figured out: Slade Wilson.

When their paths cross in Nashville, Raven and Gar can’t help but feel a connection, despite the secrets they try to hide from each other. It will take a lot of trust and courage to overcome the wounds of their pasts. But can they find acceptance for the darkest parts of themselves? Or maybe even love?

art and cover by: Bruno Redondo

Melinda Zucco’s connection to the man who killed Dick Grayson’s parents wasn’t a surprise to the Blüdhaven hero, but what the former Robin discovers about Melinda’s ties to the Flying Graysons leaves the usually upbeat detective speechless. 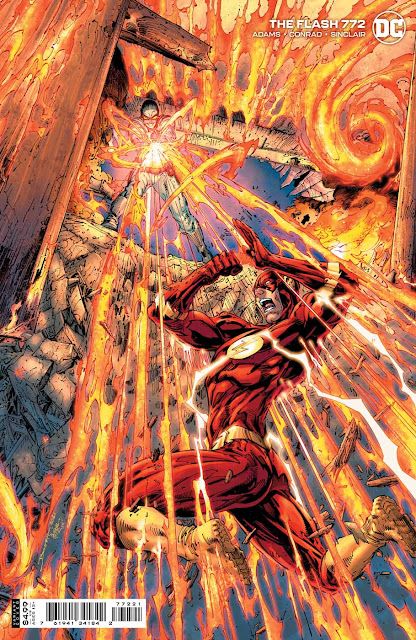 art by Will Conrad

Leaving past mistakes behind and racing into the future, Wally West returns as Central City’s Scarlet Speedster!

Now reunited with his wife, Linda, and their two children, the former Kid Flash begins a new chapter in his life. But Wally quickly remembers that saving lives and fighting super-villains may make him a hero, but they don’t pay the bills. Luckily, an old friend may have just the right job for this blue-collar champion.

After the shocking conclusion of last issue, Supergirl and her new friend Ruthye find themselves stranded with no way to pursue Krem, the murderous kingsagent. Each moment this fugitive roams free, the more beings become dangerously close to dying by his hand. There is no time to lose, so our heroes must now travel across the universe the old-fashioned way…by cosmic bus!

Little do they know, their journey will be a dark one filled with terrors that not even the Maid of Might is prepared to face! Can Kara Zor-El lie low long enough to ensure their safe passage? 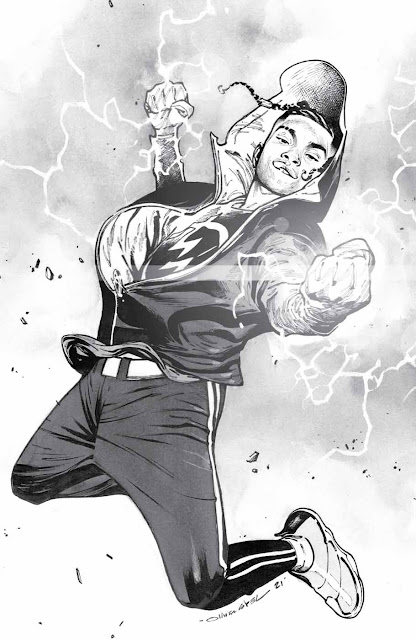 At long last, the most famous face of the Milestone Universe is making his shocking return!

Bullied nerd Virgil Hawkins wasn’t the kind of kid you’d normally find on the streets at a protest—but like everyone else in the city of Dakota, he was fed up. Unfortunately, the first time he stood up to raise his voice, the world turned upside down. The experimental tear gas released that day left some of his classmates maimed or dead…but it left Virgil, and others, with stunning new abilities. Virgil has power inside him now—real power, the ability to channel and manipulate electromagnetic fields.

But there’s anger burning inside him, too.

A dynamic creative team of new comics voices and Milestone Media veterans join forces to open up a new chapter in the story of the most iconic Black teen superhero in comics history. 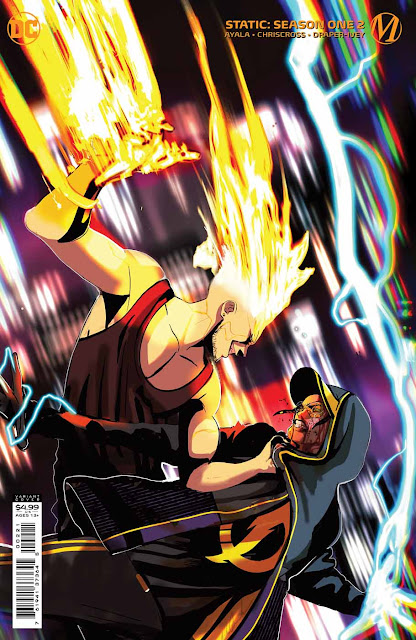 Virgil Hawkins learns that a secret identity is a tricky thing when his high school bully gets upgraded to his super-powered archnemesis! But if he thinks the fires of Hotstreak burn hot, then he definitely isn’t ready for the white-hot anger of his parents, when they learn what he’s brought to their front door…

Damian Wayne versus his grandfather, the immortal Ra’s al Ghul! For years, Batman’s son avoided learning the ways of the Demon from Ra’s, but now that training may be exactly what Robin needs to win the League of Lazarus tournament.

Plus, Ravager follows the mysterious Respawn into the secrets of Lazarus Island!

Challenge of the Super Sons #4

A specter from Superman’s and Batman’s sons’ adventure in the past comes searching for them in the present, courtesy of the immortal Vandal Savage! Can the Super Sons defeat the age-old villain before he deals a killing blow to their friend Rora? Plus, Jon and Damian rush to save yet another Justice Leaguer from the death foretold to them upon the dreaded Doom Scroll, but the Super Sons may be too late, as it seems Cyborg has already fallen victim to an attack courtesy of Grid! But remember, if Cyborg finds out the boys saved him, the Doom Scroll’s curse will take the life of an innocent…

If there’s anything Crush knows, it’s that traveling through space is a great time to load up on coffee, catch up on murder podcasts, and definitely not get sucked into a spiral of depression while reflecting on your meet-cute with the ex-girlfriend who just dumped you. When Crush’s trusty travel mug runs dry, a pit stop for caffeine puts Lobo’s daughter face to face with an old enemy whose vicious revenge could put an end to her journey—when it’s only just barely begun! Tick tock, Crush…your father’s waiting.

Billy Batson came to Titans Academy looking for answers. Why was the rest of his adopted family cut off from the power of Shazam? Why are his own powers becoming increasingly unreliable? The answers send Billy on an outrageous adventure that’ll not only change him but have an immense impact on the school and other students on Titans Island. 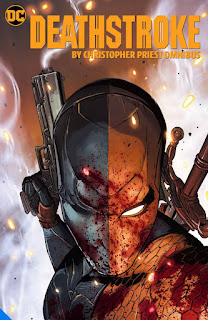 Art by Carlo Pagulayan, Jason Paz, and others.

When Slade Wilson is confronted by his own troubled past, he'll be challenged to reinvent himself before he loses everything and everyone in his life. Can Deathstroke be redeemed? And if he can, how long will he be able to keep up his hero status? Find out in Deathstroke by Christopher Priest Omnibus, collecting Deathstroke: Rebirth #1; Deathstroke #1-50; Deathstroke Annual (Rebirth) #1; Titans #11; Teen Titans #8, #28-30; Titans: The Lazarus Contract Special #1; and DC Holiday Special 2017 #1.